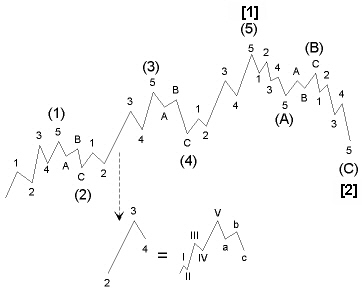 No system is absolute in stock market

Success in stock market measured in terms of money earned, is firmly grounded in science of analysis. People try to predict the market on the basis of news, intuition, emotions and intelligent skilled analyst uses various tools of technical analysis as trend following system(Moving Average cross over, MACD),Pattern analysis on different charts , Momentum indicators(RSI,ROC,STOCHASTICS) to analyze the stock market. One can never predict on basis of news as market always discounts the news once it is out. The technical tools, in some phase of market provides huge return but are not consistent and may fail in other phase of market. This failure leads even skilled person to frustrate and baffled. They start doubting their skills and curse their fortune. New technical system and methods appears and disappears. Technical guru rise like comet and burn themselves out like meteorite. With arrival of every new guru and method, investors in large number will accept the latest fad as a touchstone for ultimate wealth, only to find bitter disappointment. So each method and each guru is discarded and new ones are sought but results are always the same.

Markets are efficient but 90% driven by emotions. Every market movement represents sum total of individual emotional instability of players. Some knowledge of how mind works certainly helps one to understand the rhythm of share price behavior. This psychology is very well studied by R N Elliot and gave us the gift of wave principle theory. It is a tool with high probability of success which helps us to listen what stock market is saying by it. It is the only tool capable of coping up with changes ahead in the market and works in every phase of market consistently. Investors have been taught to believe that future repeats static, traditional repetitive past parameters that have been established will continue to offer guidelines. This is the logic of static force. Wave principles have no place for such irrelevant logic because according to it markets are dynamic affair and never static.

Wave Principle Theory has all the solution

Wave principle is appealing to those who know that stock market offers no absolute. It will do what it wants and when it wants. What one need to succeed is guideline to define probabilities and knowledge to weigh them, followed by confidence to act on judgment and not thrown off balance by the arrival of improbable According to Elliot Wave Theory “wild senseless and apparently uncontrollable changes in share price from year to year, month to month, day to day and hour to hour link themselves into a law abiding rhythmic pattern of wave. Sequence repeated itself from hourly movement to massive market movement over decades. So by establishing exact position of current market movement within major cyclical force, one can determine degree of maturity of market within any particular trend and so with courage can plan their investment accordingly.